The largest fish in the world: The Whale Shark 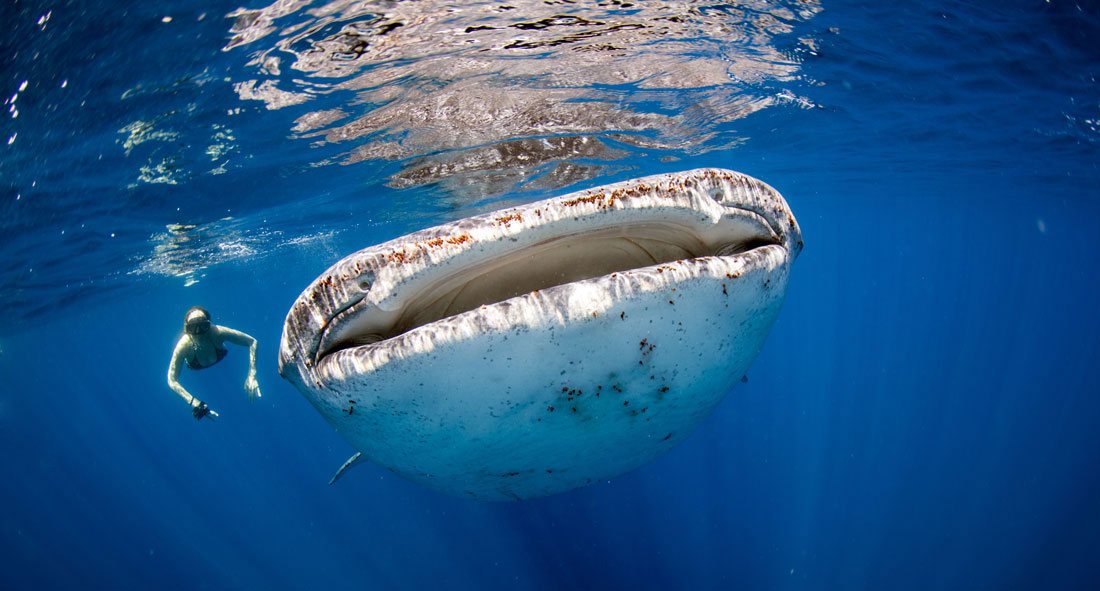 When you come to Quintana Roo during the months of June to September, you have the wonderful opportunity to share with the whale shark one of the most exciting experiences of your life. The whale shark is the biggest fish in the world, that’s right! It’s a fish! It is not a whale as many people think. They call it “whale shark” because of its size, up to 18m long according to historical records, and here we find sharks between 2.5m and 10m long. This shark, is harmless, we are not part of its diet. They feed on plankton, and what is plankton? It is a set of microscopic organisms that float in the water, and particularly whale sharks are aggregated near Isla Mujeres because there is a high concentration of eggs of a species of fish like a tiny tuna, that is called “bonito” from which it feeds. The “bonito” can produce 1.75 million eggs approximately during its mating season. They spawn at night and the eggs reach the surface slowly where whale sharks have a lot to eat.

The aggregations of whale sharks in this area are said to be among the largest in the world, with records of up to more than 400 sharks. When you visit this place you are entering the Whale Shark Biosphere Reserve, which was decreed in 2009 and has certain rules for swimming with respect to this threatened species, such as maintaining distance, observe from surface water with vest, two people as maximum accompanied by a guide in the water, among others. In addition to this, it is recommended to use a biodegradable sunscreen, since the chemical compounds of a regular one can contaminate the water and the species from which this whale shark is fed by vacuum filtering the water and sucking the plankton. Do not forget to bring your camera to photograph this majestic animal that allows us to visit its home in a respectful way every year.