Swimming with whale sharks, danger for swimmers or for sharks? 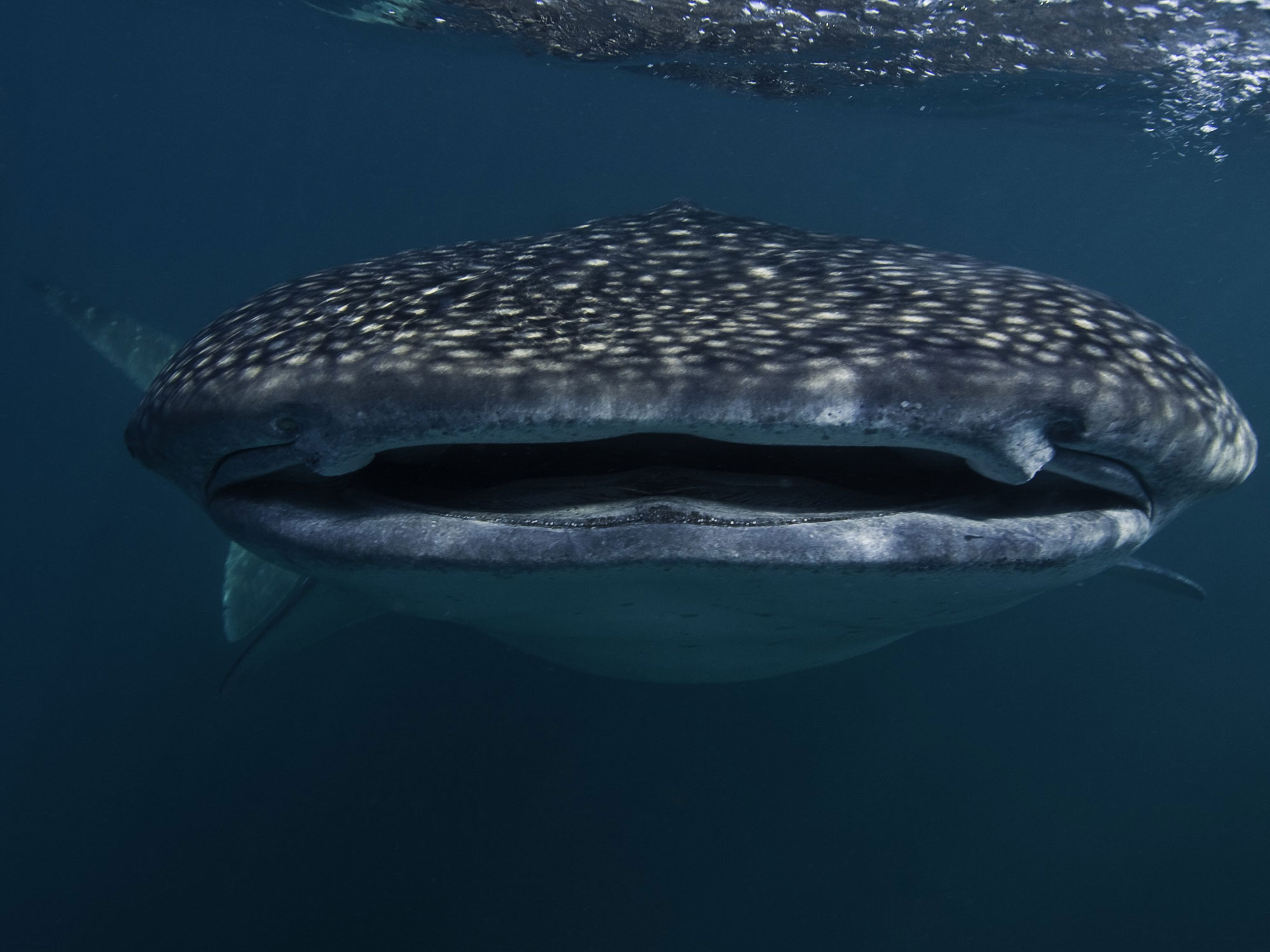 Sharks have been an object of urban legends that often come from silly Hollywood movies and TV shows, but also come from the ignorance of people towards nature and its role. Moreover, sharks including whale shark, are an important food source for many coastal communities and are used for ‘traditional Chinese medicine’.. but this is another story.. (more info on sharks as a fisheries resource in further blogs).
Yes, the whale shark is a shark indeed. However, is an animal with a gentle behavior that is not a threat to a human. We can get to swim with them because they gather to eat tiny stuff that lives in the water column, and they are very busy doing so. However, it does swim while it eats by moving its tail to the sides and a soft kick from an animal of such size could be harmful to a human.
I have to make a point here to explain that despite the large mouth of a whale shark, it would never eat anything bigger than a tiny fish because it does not have the anatomic capacity to do. This shark does have many teeth, but they are about 3 mm long! And are not useful for feeding.
What are the dangers of swimming with whale sharks? Well, I’m afraid these dangers come from irresponsible behavior of swimmers and boat captains rather than from the shark. There are many reasons why a disrespectful swimmer could be more dangerous to the shark than the other way around.

Examples of some inappropriate conducts:

1. Padding the whale shark. Why? Well it’s not a pet. Some marine animals have a mucus layer on their skin that makes a protective barrier between their skin and the marine environment (as most marine wildlife does). If you touch it, you will be removing such defense. Wanna know a bit more about this topic? Check http://passions.com.au/618/ or check this document about viewing wildlife viewing_wildlife.
2. Ok, no touching but swimming closer than 2 m? Bad idea, because the shark can touch you just by its natural swimming movement and then we get back to point 1. All wildlife should get personal space too.
3. Traditional sunscreen or littering the sea/coast. This shark eats by gulping large amounts of water to filter tiny animals. Small plastics as well as the toxic sunscreen than remains in the water while you swim, ends up inside the shark’s system. Would YOU like to eat plastic or drink your sunscreen? Wanna know a bit more about the effects of plastic in marine life? Check http://www.environment.gov.au/resource/impacts-plastic-debris-australian-marine-wildlife.
4. Boat’s captain not paying attention and running over a whale shark. Why? Well there are sharp pieces of metal forming a propela which is located under the boat and moves it. Sadly, it is common to see sharks with wounds or scars on their fins or upper body in areas where boats and whale shark get together.
Because of these and other reasons, and in order to be able to enjoy this experience respectfully, some conservation organizations have created a ‘code of conduct’ like:
COC_wwf
COC_ProjectAware
COC_ Philippines